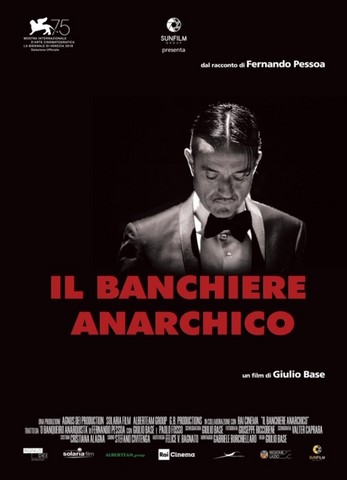 At the end of a dinner in his spartan and closely guarded home, an extremely powerful banker celebrates his birthday in a frugal manner. The occasion provides an opportunity for his only guest (and perhaps only friend) to satisfy his curiosity regarding the man’s mysterious but irresistible rise to enormous wealth. Of humble origin, the banker claims that his financial empire stems from a desire for an advanced social struggle, one to be conducted in solitude but not for this reason any less radical than the ideology of those who profess themselves to be out-and-out anarchists. The banker argues that the act of isolating oneself is the only way to lead a truly revolutionary life, the only possibility for a political militancy superior to that of his old comrades in rebellion, whom he dismisses today as “the whores of the great libertarian doctrine.” The man stuns his guest with a cultured and sophisticated exposition infused with incendiary ideas of opposition to the injustices of the bourgeoisie and fierce denunciations of the excessive power of the deadly poison that undermines our freedom from within: money. Money that the banker has squirrelled away without scruples and without rules. In order to be free, he claims. Without shame.